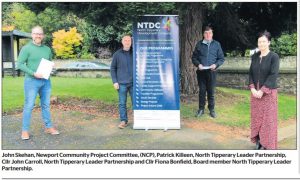 The Newport Community Project group have announced exciting plans for the proposed Athletics Facility being developed at the Boys National School, with contracts being signed and construction works scheduled for Spring 2021.

The development will include a 200 metre four lane running track, a 60 metre six lane sprint track, a 60m X 30m 4G Astro Turf pitch and a public walkway at the perimeter of the site.

The project will be flood lit and will be made available to the public via a transparent online booking system. 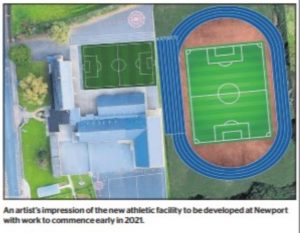 NTDC’s Rural Development Programme (LEADER) 2014-2020, has provided grant aid to the tune of €200,000. Additional supports were raised by the Newport Community Project Committee through fundraising. Additional fundraising events are being considered down the line.

Following a successful public tendering process, a contractor has been appointed and work is planned to begin next spring.  The initiative will bring incredible facilities to Newport and indeed North Tipperary.